It’s always an exciting time when bestselling author, Camille Di Maio comes out with one of her intricately researched historical novels. THE FIRST EMMA (WyattMacKenzie), being published tomorrow focuses on Emma Koehler, whose tycoon husband Otto was killed in the crime-of-the-century murder by one of his two mistresses.

Emma Koehler was a smart entrepreneur who was her husband’s right hand at their  brewery in San Antonio. THE FIRST EMMA takes us back to when the fight for and against prohibition was strong. The fictional character of Mabel is created to tell Emma Koehlor’s story. Emma Koehler was a great matriarch and businesswoman. When Otto is murdered by one of his two mistresses, Emma Koehlor keeps the business flourishing.

The narrative sparks romance, betrayal and ambition. Emma Koehlor was smart, clever and certainly deserves her own place in history. 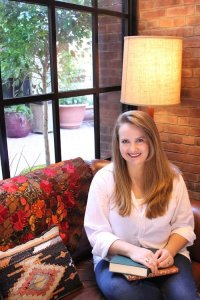 Camille recently left an award-winning real estate career in San Antonio to become a full-time writer. Along with her husband of twenty-three years, she enjoys raising their four children. She has a bucket list that is never-ending, and uses her adventures to inspire her writing. She’s lived in Texas, Colorado, Pennsylvania, Virginia, and California, and spends enough time in Hawai’i to feel like a local. She’s traveled to four continents (so far), and met Mother Teresa and Pope John Paul II. She just about fainted when she had a chance to meet her musical idol, Paul McCartney, too.

Camille studied political science in college, but found working on actual campaigns much more fun. She overdoses on goodies at farmers markets (justifying them by her support for local bakeries) and belts out Broadway tunes whenever the moment strikes. There’s almost nothing she wouldn’t try, so long as it doesn’t involve heights, roller skates, or anything illegal.

She is an Amazon Bestselling author as well as a Romance Writers of America Honor Roll Inductee. Her books have won: The Beverly Hills Book Award, the Golden Quill, and been a Holt Medallion finalist several times over. They have been translated into French, Hungarian, German, and Estonian.

Thanks to Camille, we have one signed copy to giveaway. Just tell us what your favorite historical novel is and why. We’ll announce a winner soon. Good luck.