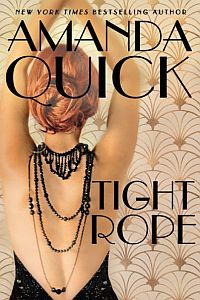 An unconventional woman and a man shrouded in mystery walk a tightrope of desire as they race against a killer to find a top secret invention before it’s too late.

Former trapeze artist Amalie Vaughn moved to Burning Cove to reinvent herself, but things are not going well. After spending her entire inheritance on a mansion with the intention of turning it into a bed-and-breakfast, she learns too late that the villa is said to be cursed. When the first guest, Dr. Norman Pickwell, is murdered by his robot invention during a sold-out demonstration, rumors circulate that the curse is real.

In the chaotic aftermath of the spectacle, Amalie watches as a stranger from the audience disappears behind the curtain. When Matthias Jones reappears, he is slipping a gun into a concealed holster. It looks like the gossip that is swirling around him is true—Matthias evidently does have connections to the criminal underworld.

Matthias is on the trail of a groundbreaking prototype cipher machine. He suspects thatPickwell stole the device and planned to sell it. But now Pickwell is dead and the machine has vanished. When Matthias’s investigation leads him to Amalie’s front door, the attraction between them is intense, but she knows it is also dangerous. Amalie and Matthias must decide if they can trust each other and the passion that binds them,because time is running out. 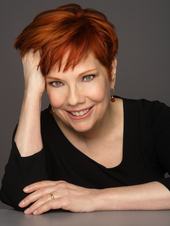 “I am often asked why I use a variety of pen names,” she says. “The answer is that this way readers always know which of my three worlds they will be entering when they pick up one of my books.”

In addition to her fiction writing, she is the editor of, and a contributor to, a non-fiction essay collection, Dangerous Men and Adventurous Women: Romance Writers on the Appeal of the Romance, published by the University of Pennsylvania Press. Her commitment to her chosen genre has been strong from the very beginning of her career.

“The romance genre is the only genre where readers are guaranteed novels that place the heroine at the heart of the story,” Jayne says. “These are books that celebrate women’s heroic virtues and values: courage, honor, determination and a belief in the healing power of love.”

She earned a B.A. in History from the University of California at Santa Cruz and went on to obtain a Masters degree in Library Science from San Jose State University in California. Before she began writing full time she worked as a librarian in both academic and corporate libraries.

She is married and lives with her husband, Frank, in Seattle, Washington.

Thanks to Berkley we have one copy to giveaway. Just tell us which Amanda Quick, Jayne Ann Krentz or Jayne Castle novel is your favorite. There are over 50 to choose from. We’ll announce a winner soon. Good luck.