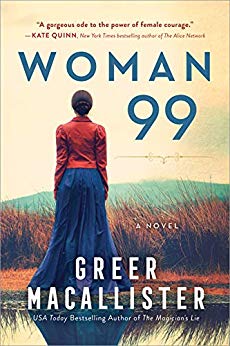 One of my biggest fears is being put away or committed somewhere, like an asylum against my will. I’d be sane and fully aware what is happening, but no one believes me and no one comes to save me. In Greer Macallister’s new novel, WOMAN 99 (Sourcebooks), the protagonist gets herself instituted so she can go inside and save her sister. Sounds easy enough, huh? No can do, honey. To top it off, WOMAN 99 is based on a true historical story.

She’s only a number now.

When Charlotte Smith’s wealthy parents commit her beloved sister Phoebe to the infamous Goldengrove Asylum, Charlotte knows there’s more to the story than madness. She risks everything and follows her sister inside, surrendering her real identity as a privileged young lady of San Francisco society to become a nameless inmate, Woman 99.

The longer she stays, the more she realizes that many of the women of Goldengrove  aren’t insane, merely inconvenient — and that her search for the truth threatens to dig up secrets that some very powerful people would do anything to keep.

A historical thriller rich in detail, deception, and revelation, WOMAN 99 honors the fierce women of the past, born into a world that denied them power but underestimated their strength.

I had a knot the entire time I was reading WOMAN 99. I enjoyed getting into the complex character’s heads, and just the fact it was based on a true story kind of freaked me out. I guarantee, readers will not stop flipping pages until the very end. That’s what makes a riveting successful novel. 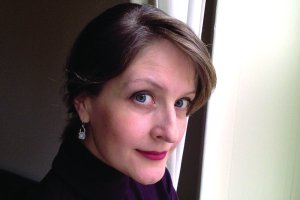 Raised in the Midwest, Greer Macallister is a novelist, poet, short story writer, and playwright who earned her MFA in creative writing from American University. Her debut novel THE MAGICIAN’S LIE was a USA Today bestseller, an Indie Next pick, and a Target Book Club selection. It has been optioned for film by Jessica Chastain’s Freckle Films. Her novel GIRL IN DISGUISE, also an Indie Next pick, received a starred review from Publishers Weekly, which called it “a well-told, superb story.” A regular contributor to Writer Unboxed and the Chicago Review of Books, she lives with her family in Washington, DC.

Thanks to Sourcebooks we have one copy to giveaway. Just tell us the latest historical novel you read and why you liked or didn’t like it. We’ll announce a winner soon. Good luck.