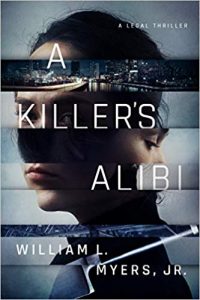 For attorney Mick McFarland, the evidence is damning. And so are the family secrets in this twisty legal thriller from the Amazon Charts bestselling author of A Criminal Defense.

In A KILLER’S ALIBI, readers find crime lord Jimmy Nunzio, knife in hand, over the body of his daughter’s lover and his own archenemy. He turns to Mick McFarland to take up his defense. Usually the courtroom puppeteer, McFarland quickly finds himself at the end of Nunzio’s strings. Struggling to find grounds for a not-guilty verdict on behalf of a well-known killer, Mick is hamstrung by Nunzio’s refusal to tell him what really happened.

On the other side of the law, Mick’s wife, Piper, is working to free Darlene Dowd, a young woman sentenced to life in prison for her abusive father’s violent death. But the jury that convicted Darlene heard only part of the truth, and Piper will do anything to reveal the rest and prove Darlene’s innocence.

As Mick finds himself in the middle of a mob war, Piper delves deeper into Darlene’s past. Both will discover dark secrets that link these fathers and daughters—some that protect, some that destroy, and some that can’t stay hidden forever. No matter the risk.

We had the opportunity to ask Mr. Meyers a few questions:

1. The underlying theme of all three of your books is criminal justice. Tell us your about your journey from defense lawyer representing corporations, as well as guilty defendents to your current position defending the “proud working man,” who seems to need a break.
For me, the epiphany came when I was working with a big defense firm, defending an asbestos company. I had to attend a “dying deposition”—a deposition of a plaintiff taken on videotape, in his home, because he would not survive until trial. I remember this strong man telling how he started out as a young man working at the Naval Yard, then started his own construction company. He built his own home, and raised a family in it. He learned to fly and built his own plane. Then he developed mesothelioma and it was killing him. At the deposition, a whole bunch of asbestos defense attorneys sat around his bed, taking their shots at him, trying to get testimony that he couldn’t remember the names of the asbestos companies whose asbestos he handled at the Naval Yard. As I saw this unfold, I realized it was on the wrong side; I should be representing this man, whom I admired, not the asbestos companies that made the products that were killing him. So I quit the defense firm and hired on with a plaintiff’s firm representing injured men and women. It was the best move I ever made and I have never looked back.
2. Easy to be sucked into A KILLER’S ALIBI. In this book, we have the legal world, murder, the mob, fathers and daughters  How much comes from your personal experiences?
Happily, I do not live in the shadowy world I portray in A Killer’s Alibi, except that I have been a trial attorney for thirty-five years. So, the trial scenes in the book are very realistic and, as importantly, take the reader in the inside the attorneys’ heads as they ride the roller coaster that is a trial.
3. Have you worked with “the mob?” Tell us about it.
There is no such thing as “the mob.”
4. The relationship between fathers and daughters is always a complex combination. I didn’t read you had a daughter, do you? Or explain your research?
I do not have a daughter, but I have a brother, Glenn, who has three. Each of his daughters is more beautiful, and willful, than the next. Glenn has had white hair since he was in his thirties.
5. Do your former colleagues read your novels? Their thoughts and do they think you keep it real?
My former colleagues, current colleagues, and opponents all read my books. Many have asked me to name characters after them (I tell my opponents that may not be a wise idea; if I get to angry at them, they may not like their namesakes). Others, have taken a ride inside my attorney-protagonists’ heads, say “I never knew you were so Machiavellian.”
6. Is there anything specific you hope your readers take away from your novels?
I want my readers to take away the feeling you have when you ride the rapids—a sense that you have been through an emotional ordeal and made it through.
MY WORDS: You’ve succeeded, sir! 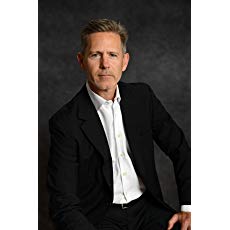 William L. Myers, Jr., is the author of the bestselling Philadelphia Legal series, which includes the #1 Kindle bestseller A Criminal Defense, An Engineered Injustice, and A Killer’s Alibi. A Philadelphia lawyer with thirty years of trial experience in state and federal courts up and down the East Coast, Myers has argued before the United States Supreme Court and still actively practices law. Myers was born into a proud working-class family; graduated from the University of Pennsylvania School of Law; and now lives with his wife, Lisa, in the western suburbs of Philadelphia.

We’re lucky to have one copy to giveaway. Just tell us the most interesting REAL criminal drama you followed in the news recently. We’ll announce a winner soon. Good luck.
GIVEAWAY: USA only please.