Katy Regan’s darling novel, LITTLE BIG LOVE (BerkleyPublishingGroup), is the story of well-kept secrets and shows how love comes in all forms.

Ten-year-old Zac Hutchinson collects facts: octopuses have three hearts, Usain Bolt is the fastest man on earth. He’s the kind of kid every parent wants. But no one will tell him what happened to his father and where he went.

Liam Jones was the love of Juliet’s life. He was her brother’s best friend, then her best friend, then the father of her little boy, Max. In those shining weeks after Zac was born, she had never been happier and neither had Liam. And then one night, Liam disappeared without a trace.

When Juliet, accidentally admits to Max that his father is the only man she’s ever loved, Zac decides he is going to find him and deliver his mom the happily ever after she deserves. But Liam left for a reason, and as Zac searches for clues of his father, Juliet begins to rebuild what shattered so many years ago.

I found myself on team Zac and his BFF, Teagan as they embarked on Super Top Secret: FIND DAD MISSION. These children are wise beyond their years, but it never feels inauthentic. We could all learn something or things from them. 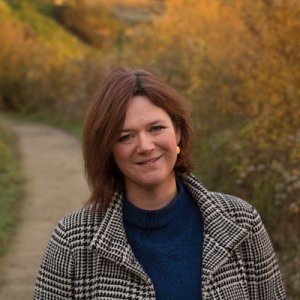 Katy Regan was brought up in a seaside town in northern England. She studied at the University of Leeds before moving to London, where she worked as a journalist and as a commissioning editor at Marie Claire magazine. Katy has written four books published in the UK, and Little Big Love is her US debut.

Thanks to Berkley Publishing Group we have one copy of LITTLE BIG LOVE to giveaway. Just tell us your favorite family love story.