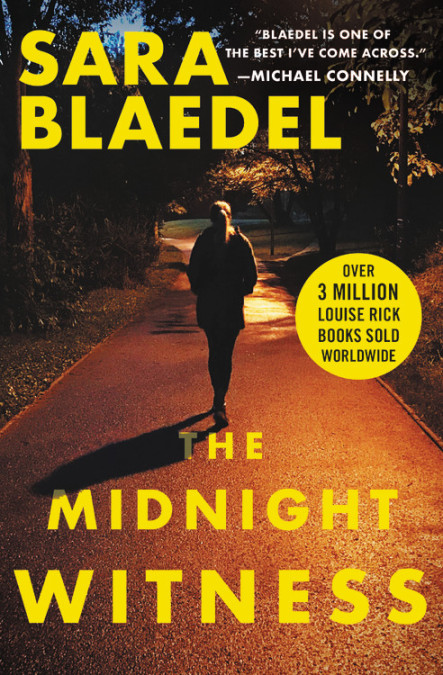 In THE MIDNIGHT WITNESS (GrandCentralPublishing), a young woman is found strangled in a park, and a male journalist has been killed in the backyard of the Royal Hotel in Copenhagen.

Detective Louise Rick is put on the case of the young girl, but very soon becomes entangled in solving the other homicide too, when it turns out her best friend, journalist Camilla Lind, knew the murdered man. Louise tries to keep her friend from getting too involved, but Camilla’s never been one to miss out on an interesting story. And this time, Camilla may have gone too far…

Sara Blaedel is the author of the #1 international bestselling series featuring Detective Louise Rick. Her books are published in thirty-seven countries. In 2014 Sara was voted Denmark’s most popular novelist for the fourth time. She is also a recipient of the Golden Laurel, Denmark’s most prestigious literary award. She lives in New York City.

The daughter of renowned Danish journalist Leif Blaedel and Annegrethe Nissen, an actress whose career include roles in theater, radio, TV and movies, Sara was surrounded by a constant flow of professional writers and performers visiting the Blaedel home. Despite a struggle with dyslexia, books gave Sara a world in which to escape when her introverted nature demanded shelter from the cacophony of life.

Thanks to BookExpo and Grand Central Publishing we have a signed copy to giveaway. Just tell us the most exciting thriller you’ve read recently. We’ll announce a winner soon. Good luck.

21 thoughts on “THE MIDNIGHT WITNESS by Sara Blaedel & Signed Giveaway”