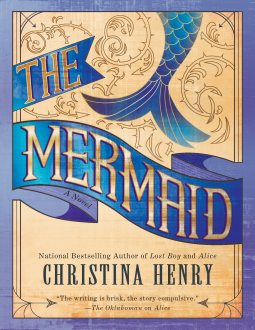 Once there was a fisherman …

Christina Henry’s new novel, THE MERMAID (Berkley) is a fantasy about a mermaid who is able to turn into a human and walk and talk among people. She considers herself first a mermaid, a woman of the sea. If that sounds preposterous, trust me I totally believed in Amelia Douglas and her wise ways, shortly into the novel through to the ending.

“It was her eyes. Those eyes were not human. and they never would be, no matter how long she lived among them.”
Henry creates a fictional P.T. Barnum character, who wants a mermaid in his NYC museum. There are rumors there is such a woman-mermaid living in Maine. P.T. sends his assistant, Liam Lyman to make her an offer she can’t refuse. That is, if the rumors are true. Liam travels north begrudgingly, but quickly becomes a believer. But Amelia is not ready to talk about leaving Maine. She’s mourning the death of her fishermen, husband who she lived with as a human. She sends him back to NYC and continues to live in a small cottage above the ocean. But after some time, she sees NYC as a way to make money and then travel the world.
In NYC, Liam recognizes her and takes her to P.T. who immediately doubts she’s a mermaid. Everyone in the family except daughter, Caroline doesn’t believe. But once she proves herself to P.T. an act is created, complete with a tank full of salt water. The act shocks and amuses NYC. Suddenly there are reporters, fans, but also a disbelieving “Christian groups” who believe she is evil.
“It is not a comforting thing to realize that many people think the world a better place without you in it.”
There have been myths of mermaids in different cultures all over the world forever. Henry does a brilliant job marrying history with fantasy. The book is also used to explore feminism and how the reality and boundaries of being human aren’t easily defined. THE MERMAID delivers readers a profound message, without being preachy.
***** 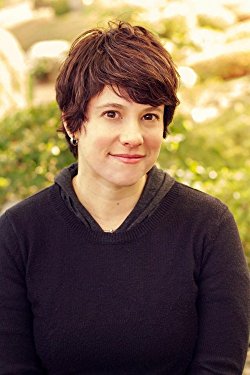 CHRISTINA HENRY is the author of the CHRONICLES OF ALICE duology, ALICE and RED QUEEN, a dark and twisted take on Alice’s Adventures in Wonderland, as well as LOST BOY: THE TRUE STORY OF CAPTAIN HOOK, an origin story of Captain Hook from Peter Pan.

She enjoys running long distances, reading anything she can get her hands on and watching movies with samurai, zombies and/or subtitles in her spare time. She lives in Chicago with her husband and son.

THE MERMAID will be published June 19th, so you have plenty of time to pre-order a copy on-line or at your favorite local bookstore.

And thanks to Berkley Publications, we have one copy of THE MERMAID to giveaway. Just tell us your thoughts about mermaids. I love the concept of mermaids. I have a coffee mug that reads, “In my first life I was a mermaid.” I’ve also been to WeekiWacheeSprings in Florida where there’s a “live mermaid show.” It has existed since 1947.

27 thoughts on “THE MERMAID by Christina Henry & GIVEAWAY”