We at Thoughts on This ‘n That love telling you about new authors, especially indie authors like, Gail Ward Olmsted. Her fourth novel, SECOND GUESSING was just published this week. under her new house, Roane Publishing.

As Gail likes to say, “All the best love stories start with a great relationship!”

Jill Griffin & Ben Fein are meant to be together… said no one ever!

In SECOND GUESSING, Jill has built a successful career writing romantic ballads for many of today’s top performers. Since the tragic end of her marriage a couple years back, the 40-something single mom has all but abandoned hope for a love story of her own.

Ben is a brash, young boy-band singer seeking a solo career who hires Jill to write for him. The attraction between the two is red-hot and when Ben falls hard for Jill, he doesn’t care who knows it. Jill’s been burned before and wants to take things slow, keeping their relationship out of the glare of the media. After a gossip columnist exposes their affair, she has to decide if she is willing to risk everything on a future with Ben. When a dark secret from Ben’s past makes headlines, Jill begins to wonder how well she really knows him. But as Ben climbs to the top of the pop charts, he’s determined to succeed…at convincing Jill to take a second chance on love.

SECOND GUESSING is the story of Jill and Ben, who are so wrong for each other that they may actually be right!

A trip of a lifetime and a love that changes everything…

In DRIVING ON THE LEFT, Becca Colby was not expecting to fall in love while vacationing in Ireland with her mother, yet she falls hard for sexy tour guide Sean Donovan. He’s everything she never knew she wanted, but a summer fling is a complication that she really doesn’t need right now. Becca’s got a life waiting for her back home, but Sean may be just too good to resist.

Her mom Jackie knows all too well how a seductive stranger can change the entire course of your life, so how can she advise her daughter to resist Sean’s charms? And besides, Jackie has a problem of her own. She needs to decide just how much she is willing to sacrifice for the man she loves.

Driving on the Left celebrates the unbreakable bond between mother and daughter: two women with only one week to make decisions that will affect the rest of their lives as they travel through the beautiful Irish countryside. 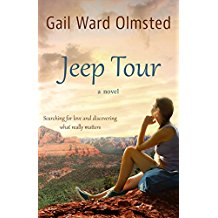 To move forward, you need to let go of the past….

In JEEP TOUR, Jackie Sullivan decides it’s time for a fresh start, after her marriage falls apart and she loses her job. Meeting a sexy tour guide inspires her to build a new life for herself among the red rocks of Sedona, Arizona. But Jackie is looking for more than just romance. Fueled by an unflagging sense of humor and lots of caffeine, she sets out on a journey of self-discovery and she plans to get it right this time. Jackie’s had her happy, now she wants her ever after! 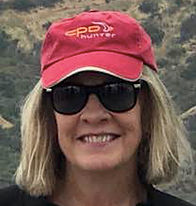 Like JEEP TOUR’s main character Jackie Sullivan, I am a professor of marketing. I have taught at the college level for twenty years. A hopeless romantic, I am married to the love of my life. I am a mom to two young adults and two cats and enjoy reading, music and travel.

We have one copy of Gail’s new novel, SECOND GUESSING, along with DRIVING ON THE LEFT and JEEP TOUR to giveaway to three lucky winners. Just tell us what “the power of “love means to you. We’ll announce a winner next week. Good luck!