A guy, a girl, an unbelievable offer! Is it a deal of a lifetime, or a disaster in the making?

What would you do for a million dollars? In Kemper Donovan’s debut novel, THE DECENT PROPOSAL (Harper), an anonymous benefactor hires a lawyer to bring together two strangers, promising they get to split $1 million bucks if they can spend at least two hours talking every week, for one year. Yes, all they have to do is have a meaningful conversation; no sex, once a week for two hours and cha-ching, each is half a million dollars richer! But there has to be a catch, right?

Richard Baumbach is a twenty-nine year-old, really good looking, broke, wanna be film producer. His best friend is Michaela (aka “Mike”), a workaholic literary manager. In college, they were a couple, but Mike broke up with Richard. Once she learns about Richard’s moneymaking opportunity, the DP, as the “decent proposal” is called, she looks at Richard in a new way! Is she in love with Richard after all?

Elizabeth Santiago is thirty-three, the other half of the DP and she’s the complete opposite of Richard. She doesn’t watch TV, she’s not even on Facebook. She’s on the fast track to partnership at her high-powered law firm and she doesn’t need the money. She’s a loner who lives to work, has forsaken her family and their devout Catholic faith and the DP offers her a step outside her comfort zone.

Los Angeles is the playground for THE DECENT PROPOSAL and it is as much a character as Richard, Elizabeth, Mike and the supporting players who pop up throughout the novel. We learn all about Hollywood and its famous sign, iconic In-and-Out burgers, the history of Silver Lake, Death Valley, the Star War Dunes, The “Canals” of Venice, Angelique and much more. You’ll be prepared for a game of Trivia Pursuit, the LA-version after reading THE DECENT PROPOSAL. It’s obvious Kemper is very fond of his adopted home city.

Opposites attract in THE DECENT PROPOSAL and emotions only grow stronger as the story unfolds. There are clever twists and turns but the relationship between Richard and Elizabeth is the heart of the story. Kemper Donovan has written an enjoyable novel, which completely took me by surprise. It was definitely original and a page turner, which I hope you don’t miss. 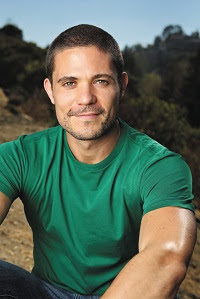 Kemper Donovan has lived in Los Angeles for the past twelve years. A graduate of Stanford University and Harvard Law School, he worked at the literary management company Circle of Confusion for a decade, representing screenwriters and comic books. He is also a member of the New York Bar Association.

Thanks to TLC Book Tours http://www.tlcbooktours.com and Harpers Publishing we have one copy of THE DECENT PROPOSAL to give away to one lucky reader. Just tell us what’s the wildest thing you’d do to win half-a-million dollars? I mean really go out there; driving your car over the speed limit doesn’t count! We’ll pick a winner Friday!

Have a great week.

Feel free to check out http://www.cindyroesel.com for more of my reviews and news about my novel, “Viewer Discretion Advised.”

15 thoughts on “THE DECENT PROPOSAL by Kemper Donovan & GIVEAWAY”